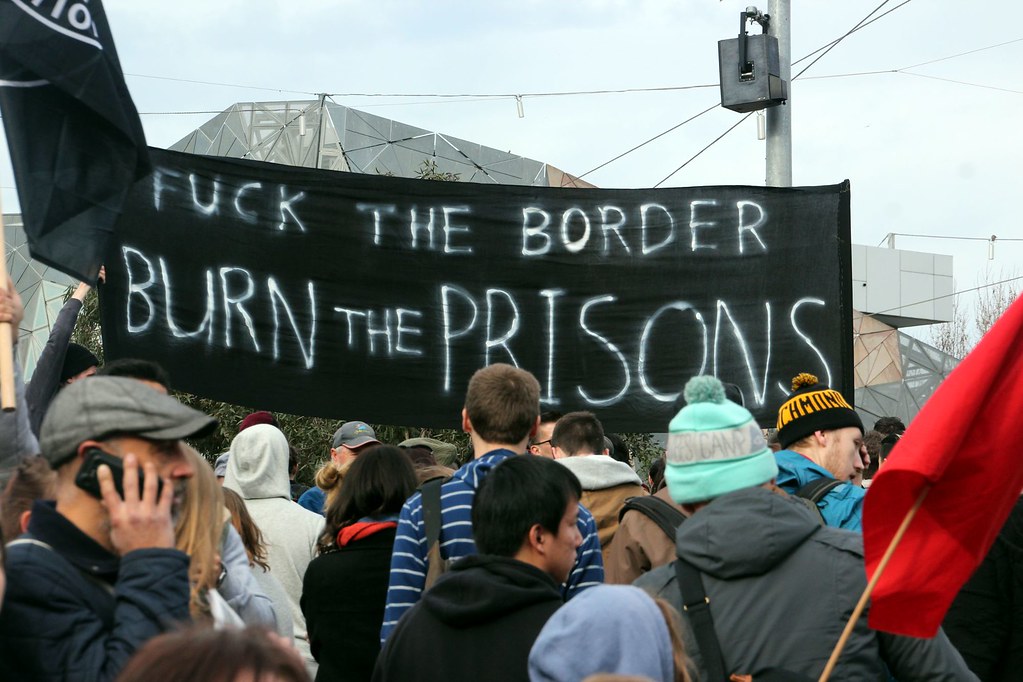 Melbourne Refugee and asylum seeker rights rally Saturday 27 July 2013, to protest both the Rudd Labor Government new proposal for assessment and resettlement of asylum seekers in Papua New Guinea, and the Liberal Party’s hard line stand to use the military to turn back the boats.

Both Labor and Liberal Policies are an abrogation of international codified rights to seek asylum in the UN Refugee convention after the Second World War.

The protest in Melbourne gathered at the State Library, then marched down Swanston St to Bourke Street Mall, then on to Federation Square. Aboout 4000 to 5000 attended the rally including a significant cross section in ages, and political sophistication. Many people had home made signs.

Rallies were also held in Brisbane, Adelaide and Perth.