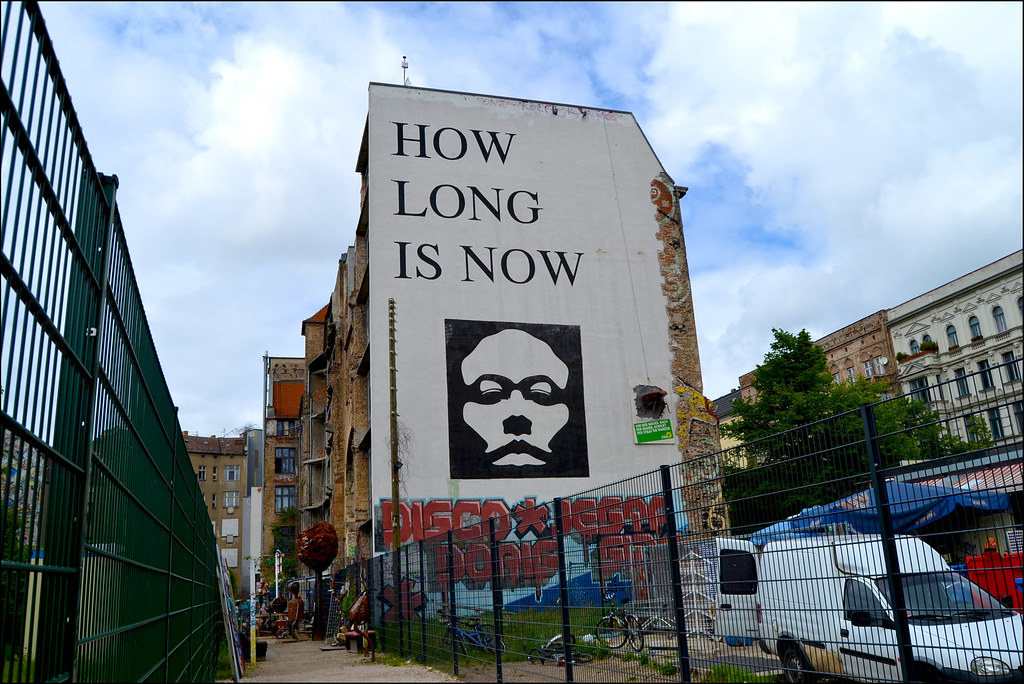 Berlin – The Kunsthaus Tacheles (Art House Tacheles), is an art center in Berlin, a large (9000 square meter) building on Oranienburger Straße in the district known as Mitte. Huge, colorful graffiti-style murals are painted on the exterior walls, and modern art sculptures are featured inside. The building houses an artists collective which is threatened with eviction.
Originally called "Friedrichsstadtpassagen", it was built as a department store in the Jewish quarter (Scheunenviertel) of Berlin, next to the synagogue. After serving as a Nazi prison for a short while, it was later partially demolished. After the Berlin Wall had come down, it was taken over by artists, who called it Tacheles, Yiddish for "straight talking." The building contained ateliers and workshops, a nightclub, and a cinema.