You are here: Home › Uncategorized › Learning from an Unimportant Minority:Race Politics Beyond the White/Black Paradigm 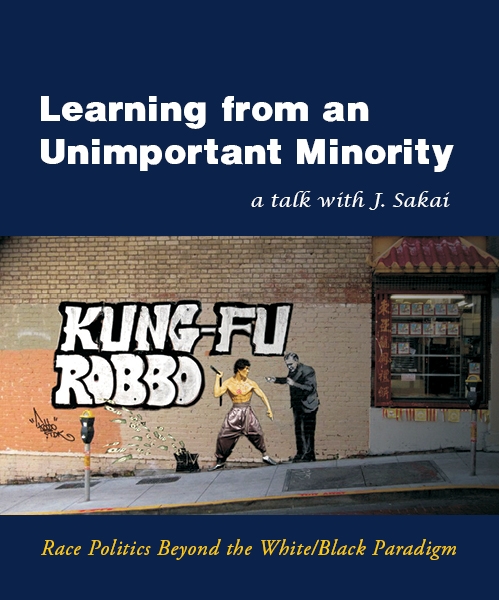 Race is all around us, as one of the main structures of capitalist society. Yet, how we talk about it and even how we think about it is tightly policed. Everything about race is artificially distorted as a white/Black paradigm. Instead, we need to understand the imposed racial reality from many different angles of radical vision. In this talk given at the 2014 Montreal Anarchist Bookfair, J. Sakai shares experiences from his own life as a revolutionary in the united states, exploring what it means to belong to an “unimportant minority.”

Quoting from the book:

Race is notoriously slippery, awkward to hold onto as a subject, yet totally all around us. Totally. All the time, every day, we breathe it; after all, it is us, so we can’t ever be far from it. This seeming contradiction of what should be so simple being endlessly complicated in society is because how we think about race, how we talk about race?…?capitalism is constantly trying to police this. They don’t want to neaten it, they actually want to constrict it and keep remaking it in their own distorted images and stamping it on our faces.

So in u.s. society …  capitalism pushes thinking and talking about race into the dominant form of a white/Black paradigm. Where everything is supposed to be arranged according to the relationship between white men—who are defined as: What’s “normal”, the standard—and New Afrikan people—who are indirectly or covertly depicted as incomplete or deficient models of the first. So that the supposed goal of capitalistic “antiracism” is that eventually at some point everyone will be exactly like white men.

Well, we don’t have to comment really on that.

Into this paradigm, everyone else—“unimportant minorities”—are essentially crammed and flattened into that two-dimensional story, according to some always shifting order that they have, judging by how important or unimportant they think we are.

This raises a question: What is an unimportant minority? Am not going to answer that, but let me point you in a certain direction … 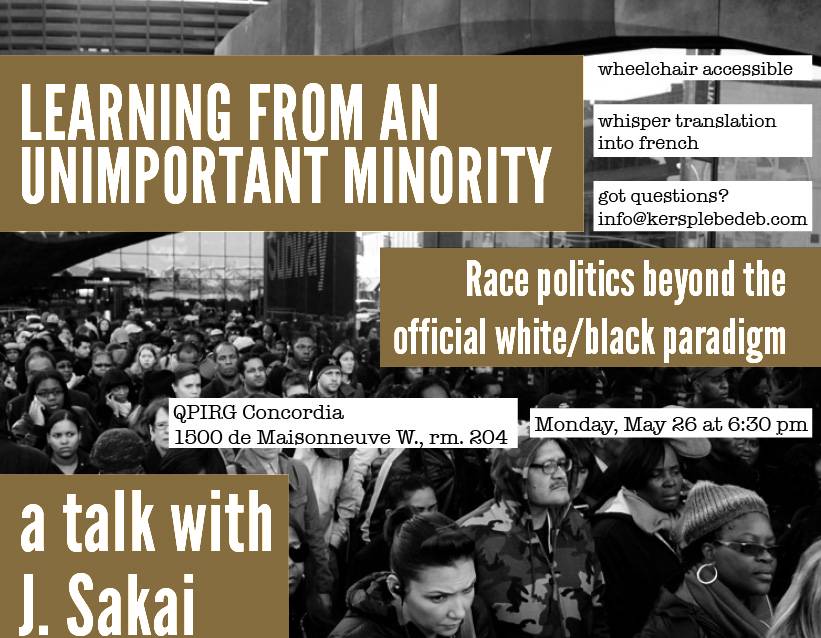 PLEASE NOTE THIS BOOK IS CURRENTLY AT THE PRINTER — IT WILL SHIP IN MID-MAY WHEN THE COPIES ARE DELIVERED. TO PRE-ORDER, VISIT LEFTWINGBOOKS.NET 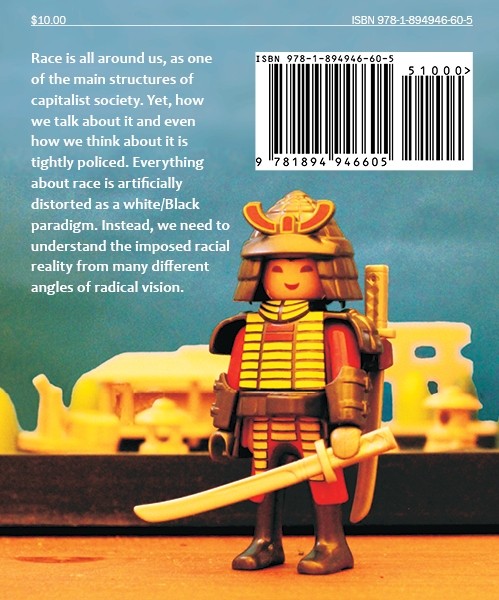