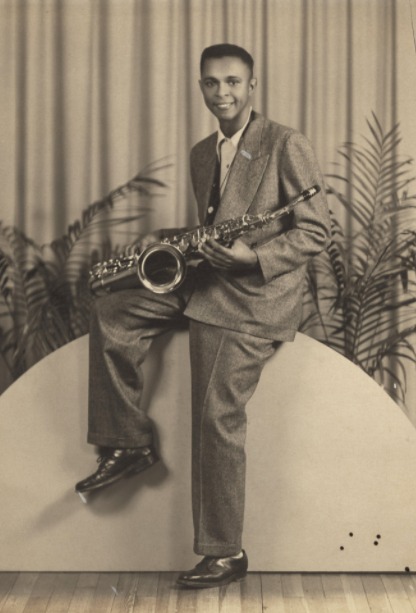 A review of ‘Pen Pal: Prison Letters from a Free Spirit on Slow Death Row’ by Tiyo Attallah Salah-El

David Gilbert is in Shawangunk Correctional Facility in his 41st year of a life sentence. A thoughtful movement elder, he is the author of several books, including Love and Struggle: My Life in SDS, the Weather Underground, and Beyond, No Surrender: Writings From An Anti-Imperialist Political Prisoner, and Looking at the U.S. White Working Class Historically. You can write to him at David Gilbert, 83A6158, Shawangunk CF, P.O. Box 700, Wallkill, NY 12589.

This article is mirrored from https://sfbayview.com/2021/02/letters-of-life-from-slow-death-row/.

This inspiring book consists of a selection of 92 of the 568 letters prisoner Tiyo Attallah Salah-El sent out to Paul Alan Smith over the course of 14 years – just one of Tiyo’s richly engaging correspondences. From this book, one can learn a lot about the realities of prison and see a stellar example of a wonderfully productive life despite all kinds of obstacles and feel the passion for social justice.

Tiyo was incarcerated in 1975 in Pennsylvania, where 60 percent of prisoners are Black or Latinx. “Pen Pal” is not about his case. We only learn in passing that it involved drugs, guns and murder and that he is ashamed of the person he was.

On slow death row, Tiyo formed deep friendships with Phil and Delbert Africa of the revolutionary Black liberation and environmental MOVE organization. Mike Africa Jr., the son of two other MOVE activists who each did four decades in prison, wrote the touching preface to this book. 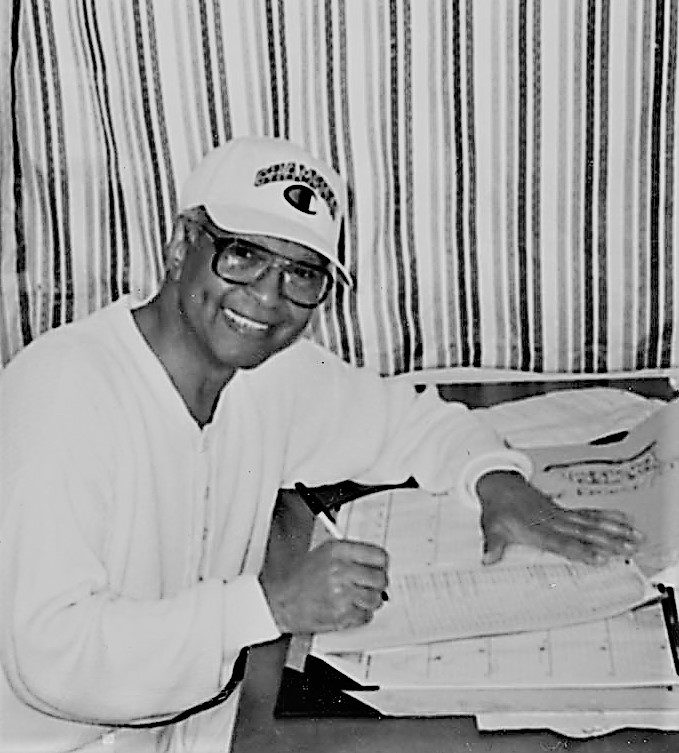 Tiyo Attallah Salah-El was an activist, scholar and humanitarian, working hard from behind bars to expose the ugly realities of life in prison. Through his correspondence with historian and activist Howard Zinn, Tiyo met the Hollywood agent Paul Alan Smith, with whom he began a 14-year correspondence memorialized in “Pen Pal.”

While “Pen Pal” is not at all an effort to provide a detailed picture of prison life, Tiyo’s various passing references give readers a better sense of the realities than I’ve been able to do even with direct descriptions. We feel life in a 5-by-8-foot cell, where you never sleep next to a loved one, where you feel the cold before the heat gets turned on Nov. 1 and the high 90 degrees when the block bakes in July.

There’s the censorship, whereby Tiyo couldn’t even receive a book on prison abolition that included one of his essays. There’re the frequent lockdowns when you are in your cell for the duration, eating peanut butter sandwiches and hoping that the SWAT team doesn’t trash your cell too badly.

Perhaps the hardest part of prison is not being there for loved ones during trauma or death. Here, this is most vividly told in the story of Tiyo’s older sister, Bette, who had always been his champion. When she suffers a debilitating stroke, he has no way to even talk with her on the phone, let alone care for her and hold her hand from her illness to her death.

Tiyo could expect the worst, as he was listed as a “political, educated troublemaker.” One time, the guards searching his cell called him “a smart nigger!” We read about Tiyo stopping a rape, advocating for gay rights and sitting with a dying prisoner in hospice.

We also get glimpses of the overall brutalities of beatings, suicides and medical neglect. In April 2005, Tiyo wrote of 14 deaths during the preceding two months.

Perhaps the hardest part of prison is not being there for loved ones during trauma or death. Here, this is most vividly told in the story of Tiyo’s older sister, Bette, who had always been his champion. When she suffers a debilitating stroke, he has no way to even talk with her on the phone, let alone care for her and hold her hand from her illness to her death.

Overall – this is not at all a grim book. The letters are laced with a jaunty sense of humor and affection for Paul Alan Smith. Emotional support, as we see a number of times, does not have to be a one-way street: The prisoner can have something to give as well. We see this most poignantly when Tiyo writes Paul, “I am hurting deep within the marrow of my bones because I know you are hurting due to the passing away of your father.”

Tiyo’s accomplishments from inside that 5-by-8-foot cell, despite all the lockdowns, prison violence and his increasingly severe health issues, are nothing short of spectacular. He earned a B.A. and then a master’s, was a jazz musician playing the sax, wrote music and organized in-prison shows, did effective work as a jailhouse lawyer, had several essays published – he also wrote an autobiography for friends to read, not for publication –and was a founder of the Coalition for the Abolition of Prisons.

“I choose to go in the direction of my dreams and help bring about revolutionary change in the world.”

The talent and determination that went into those accomplishments is dazzling, but from these letters we can see that what meant the most to Tiyo was his superb work in prison education.

Only 8 percent of the prisoners at Dallas SCI (State Correctional Institution) had a high school degree or its equivalent. Tiyo set up a tutorial program, first with four prisoners. When that was a striking success, he got over 100 new requests – this in a program with no official sanction or help, where his outside correspondents provided the funds for school supplies.

Tiyo was always conscious of the need to develop new leadership. Once those seeking help surpassed 100, he trained and developed previous graduates to become tutors, putting them in teams of two to lead four or five groups of 20 to 25 students each.

Over the course of four years, 280 men entered the program and 242 got their GEDs. Tiyo later wrote a GED handbook to help those at other prisons to set up similar programs. Some of his graduates went on to college.

Tiyo also saw a remarkable change similar to what I noticed in the men I trained to become AIDS educators in the 1980s and ‘90s: People feel a lot better about themselves when they find a way to do something worthwhile with and for other people. The negative ways of proving oneself go way down and the enthusiasm for contributing to the community goes way up. 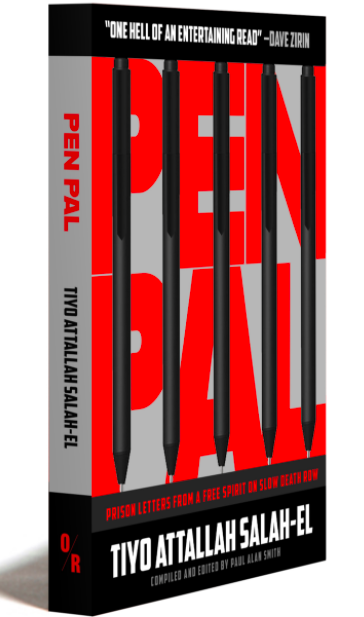 Following Tiyo Attallah Salah-El’s passing in 2018, his book, “Pen Pal: Prison Letters from a Free Spirit on Slow Death Row,” was published. It’s a collection of 92 of the 568 letters prisoner Tiyo Attallah Salah-El sent out to Paul Alan Smith over the course of 14 years during Tiyo’s life sentence caged in SCI Dallas in Pennsylvania.

While the in-prison tutoring program and the outside CAP organization – I would have liked to see an appendix that described its work – may seem to be two very different realms, they’re really two halves of the same whole. When we call for abolition, it’s because we need to replace the terribly destructive punishment paradigm with resources and programs that allow the best in people to flourish and move in the direction of community development, control and self-determination for the oppressed.

The last words of this review will be Tiyo’s, a very brief excerpt from his autobiography appended to these letters.

“Unless major cultural and political changes are made not only in regard to the prison-industrial complex and criminal justice system but also the reconstruction of the social, economic and political policies for the benefit of all races, genders, sexual preferences and workers of all kind … the United States is headed towards catastrophe and tragedy.”

That 2006 warning is not written in the spirit of defeatism but very much from someone who also says, “I choose to go in the direction of my dreams and help bring about revolutionary change in the world.”

David Gilbert is in Shawangunk Correctional Facility in his 41st year of a life sentence. Send our brother some love and light: David Gilbert, 83A6158, Shawangunk CF, P.O. Box 700, Wallkill, NY 12589.