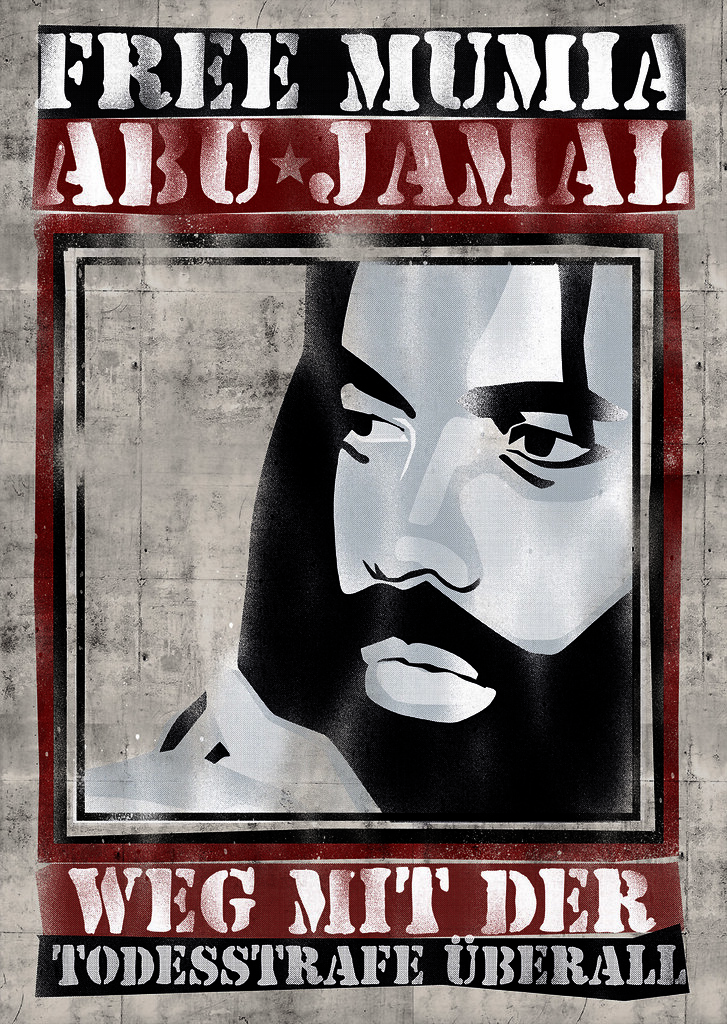 Benefit Poster for the Free Mumia Demonstration 11.12.2010 in Berlin.

Who is Mumia Abu-Jamal?
Mumia Abu-Jamal is a renowned journalist from Philadelphia who has been in prison since 1981 and on death row since 1983 for allegedly shooting Philadelphia police officer Daniel Faulkner. He is known as the “Voice of the Voiceless” for his award- winning reporting on police brutality and other social and racial epidemics that plague communities of color in Philadelphia and throughout the world. Mumia has received international support over the years in his efforts to overturn his unjust conviction