You are here: Home › flickr › Solidarity march for Michael Brown in response to the Ferguson grand jury decision by Fibonacci Blue 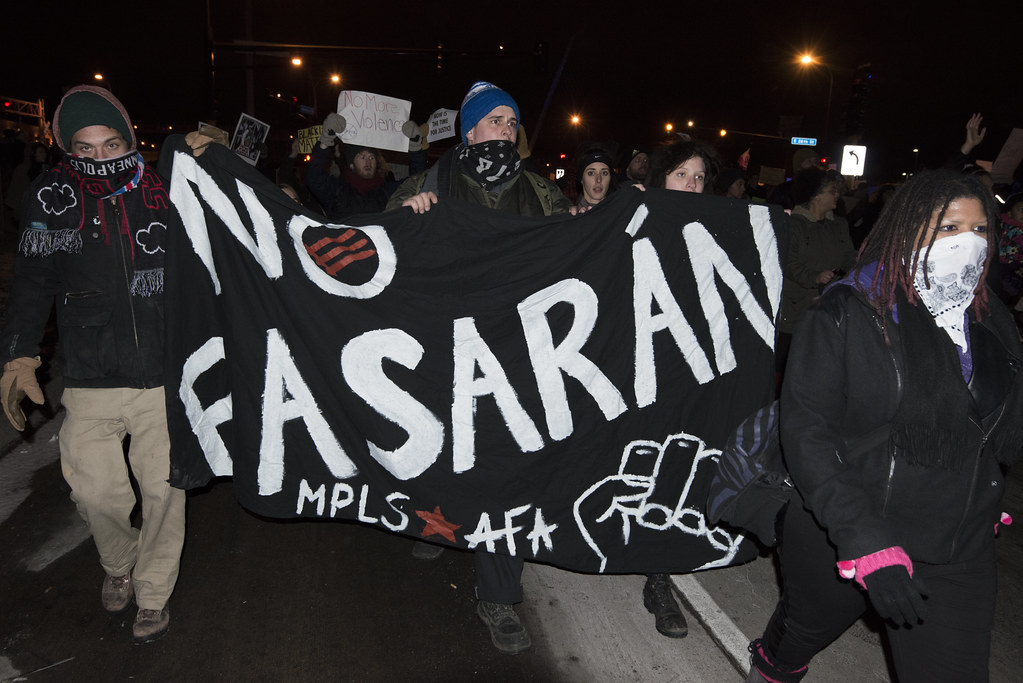 The march was around 2000 people. Some marchers crossed over into the southbound traffic, which was at a standstill, and walked through the cars. Around 20 protesters walked down the ramp to I-35 to consider marching down the interstate highway. The rest of the march continue north on Hiawatha.

2014-11-25 This photo and text is licensed under a Creative Commons Attribution License. Give attribution to: Fibonacci Blue